–Was born with 2 holes in my heart. One was getting bigger while the other was getting smaller. I had to undergo Open Heart surgery when I was 4 years old to close up the holes. (This surgery is one of the reasons doctors think other medical issues appeared later on in life).

Now, it has been nearly 20 years since I have had the open heart surgery. There is still a slight heart murmur because the valves don’t completely close. However I have had follow ups about every 2-4 years since the surgery and images come out clear and nobody is worried and says it is perfectly fine to live with. 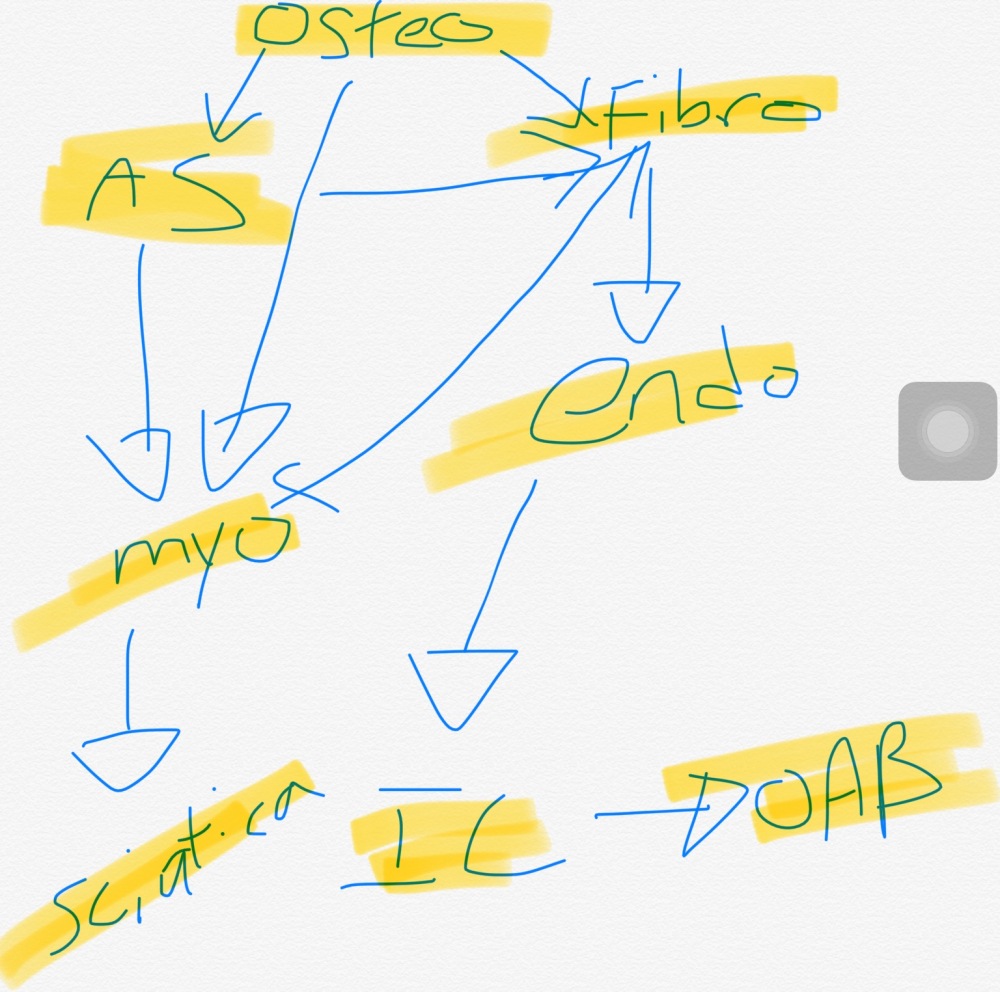 Sciatica was diagnosed after a major injury. I tore my right ACL and my Meniscus. From there on the pain was severe. I have minimal feelings in my right side from it and the amount of pain it causes my spine and hip. I have managed to control it, but there are some days it completely flares up.

This disease is one of the reasons I started with the website. It has been one of the longest on-going ping pong rallies between doctors. Yes you have endo, no you don’t, yes you do….you get the point right? You will see I have had 1 surgery for endo that did not go very well at all (blog post about it).

I have all the symptoms, but because one of them is my period lasting for ages I am currently being tested for other things as well. I saw a doctor recently and he says I need another surgery and should have it done in the next 1-3 months (august 2016). –More to follow as time goes on.

This is the second reason I started this website. I was diagnosed with Fibromyalgia and because I am an athlete…I wanted people to see that this disease would not put a stop to my career. However, it did hinder it in many ways and there were a lot of set backs and learning curves. But I have been able to monitor a good portion of them, in hopes to help those who also have Fibro (and any debilitating illness) that this is no reason to let it control your life.

The amount of times I need to pee in a day actually amuses people. This disease basically is caused by the urge to urinate that happens so sudden it is very difficult to control. I was told I have a mild case of this…as my main issue comes from Interstitial Cystitis.

This Chronic Pain Disease took a while to diagnose. It was originally over a year ago but I waited for a second opinion because not all my symptoms were the same as they have recorded in studies. But one doctor recently, had me open my eyes to everything I am going through in general-I have several chronic diseases, many symptoms overlap…they won’t always be the EXACT same.

This took 3 MRI’s in the exact same location to diagnose…plus a chiropractor who knew what he was doing and was able to lead my doctors into the right direction to get this diagnosed. Osteoarthritis is a wear-and-tear. I have it in my lower spine.

There is a possibility that it is in other joints as well (especially knees) but I have yet to have those tests to check it.

But basically at the age of 23 years old, my body is breaking down. I was told to exercise 5x a week to keep the body healthy but at times, it is very noticeable that my body cannot always hold.

This was diagnosed at the exact same time as Osteoarthritis. I tested positive for HLA-B27. While this test is not fully accurate to diagnose AS, the MRI results showed more results leading to believe I have AS which is why I got the diagnosis. Usually anti-inflammatories and Electro helps the most. But I am still figuring out what else can work.