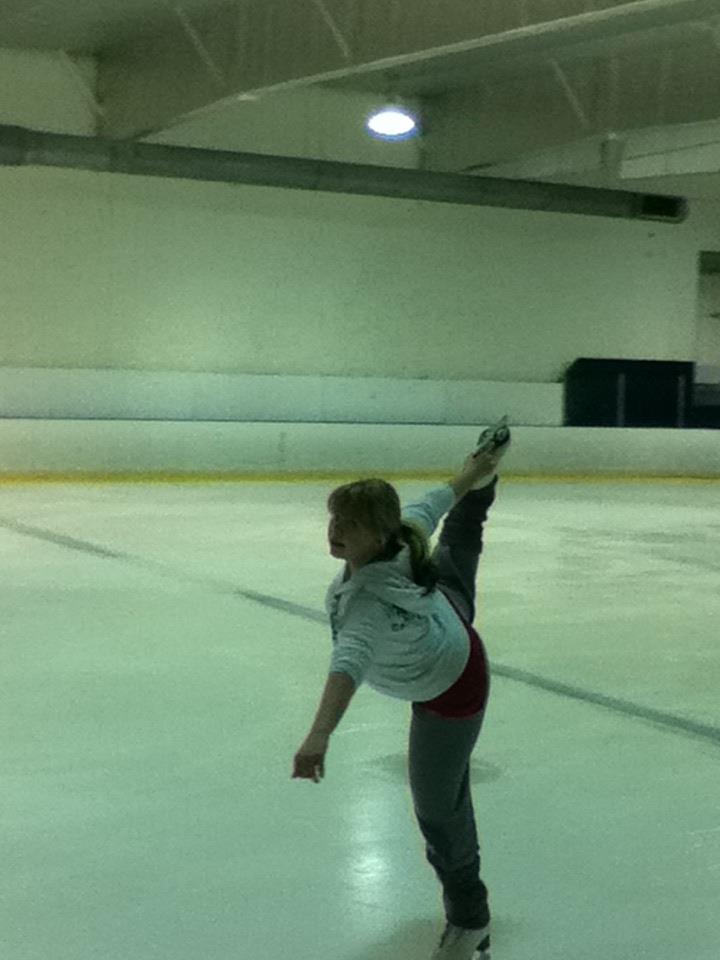 Life started dramatically changing in 2014. I was on the ice on a daily basis. Yet, I was no longer able to achieve the goals I had been aiming for since I started when I was five years old. I started to have full body pain and was severely exhausted. it felt like my body was falling apart. Piece-by-Piece.

By the end of August 2014, my coach of about 4 years suddenly left me, which required me to find a new coach with not much notice before the new season began. On the same day as being dropped, I was able to find a new and long-term replacement. However, at the time I was very quiet on what was happening with my health as I thought it was just a one-time thing. You know, kind of like a flu bug that was going through my body.

The coach I started working with started to realize that my training was no longer like other athletes’ and changes had to be made. November 2014 came around and I hit burn-out mode. I was dead to the world to a point getting to school was becoming a challenge. I went to see my doctor and got blood tests done, but nothing showed up. However, with the pain I have been having and where the pain was located, doctors determined it was Fibromyalgia.

I was never given anything on the actual disease. The only thing the doctor told me was,

“Think about retiring, it will be impossible to continue as an athlete with this illness.”

I left the doctors’ office feeling frustrated, but in a way relieved that I was getting answers. (This had been ongoing for years).

The one sentence played over and over in my head for about 24 hours. Then I jumped back on the ice alone and just skated in circles for an hour. I kept thinking about what the doctor said.

Yet, my stubbornness…and the fact I’d been on the ice for 16 years (and counting) took over and I went home for the day and decided to fully educate myself. I bought books on Fibro, I spoke to many medical specialists, trainers, therapists and the end result was not looking in my favor as I was told training with Fibro would be hard.

With some help, I managed to make a ‘sort-of’ training program to help. By summer time (2015) I was skating only 15 minutes per/day 5 days a week. Eventually by August it went up to 30 minutes a day 5/days a week.

By the end of summer I was nearly in the best on-ice shape of my life. However, everything came crashing down when my lower spine/sacroiliac joints started hurting…especially the right side. At night time when I woke up to pee at night, my spine was paralyzed. I would have to claw to my windowsill and pull myself up before standing up and stretching it off.

This happened (once in April), then a couple of times in May and June -September it was almost a nightly ritual. Finally I saw a chiropractor who told me I should be checked out for inflammation in the spine and several other issues.

November 2015 was rough. My whole body was in more pain then it ever was. I saw the doctor who diagnosed me with fibro and then I got referred to a rheumatologist.

At my first appointment in January, with the rheumatologist, we went through locations of the pain, and he emphasized on my lower back and I explained the pain I got at night. He decided to send me for blood tests to rule everything out, as well as a pelvic and sacroiliac joint MRI.

(Second time getting the MRI done but the comparison to the first and the second showed two very different results).

March 17th, 2016… I had my second appointment, basically to go over the results.

It turns out Fibromyalgia is not my main source of pain. Instead I found out I carry the HLA B27 Gene (ankylosing spondylitis), my other tests showed I have higher inflammation then average which results in osteoarthritis, the MRI showed a wear and tear in my lower joints, and the abnormalities for arthritis are located in my spine and sacroiliac joints.

The same place my chiropractor originally said and the same place where my hip/spine would have the paralyzing feeling at night.

The doctor asked me if I was active and I responded that I was a figure skater. Also telling him I was told I shouldn’t be on the ice when I was diagnosed with fibromyalgia. He laughed and told me to keep training the way I am, because the sport is what is saving me from a fast deterioration.

Thinking back, I don’t even know where I would be if I stopped skating..nor do I want to know. It’s terrifying having debilitating diseases like this, knowing what the future could hold. But my aim is to have people understand and teach/motivate those.

Breaking down my medical history:

(over active bladder/ irritable bowel syndrome when the endo flares).